You are here: Home / Autism / What Is Autism- One Boy’s Story

One Boy’s Autism Story (part 2 in a series)

I wish I could tell you “What is Autism” through the words of my son. Although my son is verbal, he is unable to communicate wants and desires the same as your so-called “typical” youngster. Autism is something our family deals with on a daily basis. It can be a hindrance as well as a blessing in disguise. 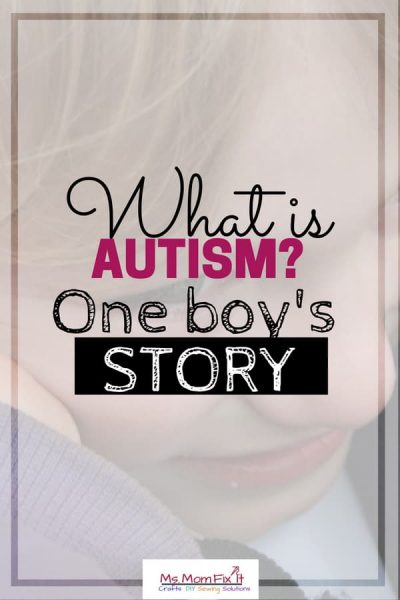 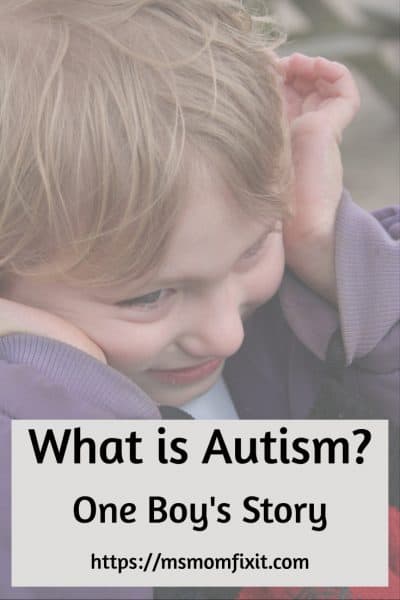 My son was a perfect baby (or so I like to remember). So perfect, in fact, that he came on his exact due date!

Our issues started around 22 months of age. Connor was running a mild fever. It was a beautiful fall day. Later that evening, Connor’s temperature rapidly increased even after giving him pediatric ibuprofen. He became excessively tired and irritable. As we had done several times before, I coddled him in my arms rocking him to sleep. Shortly after he started to slumber, I felt his body tense, and he began to seize.

I rushed Connor to the emergency room where the pediatrician on staff pumped him with fluids and antibiotics. Several hours went by before we were sent home with the instruction to continue to keep his fever down. According to the doctor, the seizure was a result of the fever spiking at 107 degrees.

I remember worrying that I had lost my little boy during this seizure. I remember him opening his eyes as he regained consciousness and looking at me as if he had never seen me before.

I remember talking to him about all the things we’d done that weekend. Yet, he still looked at me like a crazy person bothering him while he tried to sleep.

Maybe the fever and subsequent seizure are unrelated to my son’s eventual diagnosis. The pediatrician said he was fine at his follow-up visit. Yet, he wasn’t the same boy.

Connor stopped talking. When he finally began talking, he used made up words. We saw his physicians several times, and every visit I would push for answers. Finally, when Connor had not regained his speech by 3 years, the physician’s reluctantly agreed to send him for a hearing and speech test. He was finally diagnosed with Speech Apraxia.

Since that initial diagnosis, Connor has been diagnosed with Iron deficiency anemia, Oppositional Defiant Disorder, Pervasive Developmental Disorder, Autism Spectrum Disorder, and Retentive Encopresis. On any given day, I have to give my son 4-5 different medications, and some more than once per day.

Connor is high-functioning which means that you may not realize upon meeting him that he has any special needs. He can hold eye contact briefly, hold a conversation, and appear to be “normal”. His symptoms of autism are random in my view. There are days where he loves noise, and on other days, the wind blowing may annoy him to the point of a meltdown.

Although he is highly functional, he is considered delayed in speech both receptive and expressive. He was 5 ½ years old before he could say his own name. You can only imagine the joy and shock I experienced when I first heard him say his name correctly!

The hardest part of his symptoms is finding healthy food choices. Foods should not touch. Food should be soft and easily swallowed without lots of chewing. Food should not be green. The texture of the food is equally important to the smell. His choices also go in spurts. For several months, he would only eat sandwiches, then pizza, and now grilled cheese.

Connor is lucky enough to receive therapy now from several sources. I say lucky because most insurance does not cover the therapies that are successful with Autistic children. We do have a trauma counselor, a family wrap-around facilitator, and behavioral therapists to try to fill the gap with the public school system.

Connor has been enrolled in a special charter school for ADHD and Autism. Yet, he was withdrawn due to behavior issues and the threat of expulsion. He was later expelled from public school due to his disability. I know you are screaming, “They can’t-do that!”. Well, the fact is, they can. He was also expelled from day-care due to lack of Autism awareness (from a caregiver that supposedly received special training in this field).

I will not delve into the politics of the school systems, daycares,  and state laws in this post. Please understand that I did my due diligence in researching all avenues and chose to home-school my child with an ABA (Applied Behavioral Analysis) therapist committed to helping my child learn through behavior modification.

In August 2017, I was once again forced to make a decision for my son regarding care and education. He has returned to the same public school which expelled him. This time I feel they have a better understanding of his needs. Well, I can only hope, right? 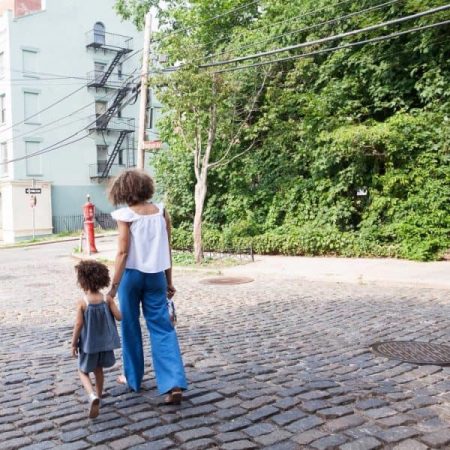 The most difficult thing for an Autism mom is making the hard choices. I tried seeking therapy for several years only to find barriers in place for a single working mom. I could send him to a school 45 minutes away that did not provide transportation, and thus, I would have to go to part-time hours which my job did not offer.

I could also send him to several centers where the therapy would not be covered by insurance. The result would be massive debt. The recommendation was to have 20 hours a week therapy, and the cost of the therapy is easily $120.00 per hour.

I could choose to use the Ohio Autism Scholarship for in-home service which would eliminate the transportation piece, but it would also limit my son’s therapy hours. Who would care for him the other 30 hours a week I work?

In the end, I will be forever haunted by some of the decisions I have made regarding my son’s care. While I may have thought it was the best decision at the time, the effects of some decisions will have ripples that will last our lifetime. It saddens me that there are such limited options for our children.

No parent should have to choose between education or therapy. This, however, is the reality of an Autism parent.

I strongly believe that my son will live a long and joyous life. He needs nurturing and supports now. He needs to better understand how to regulate his emotions. With therapy, I have watched him come to understand that emotions exist and begin to identify them.

While he may play better on his own, Connor yearns to have good friends. I am eager for him to find a playmate with whom he can share his inner desires. 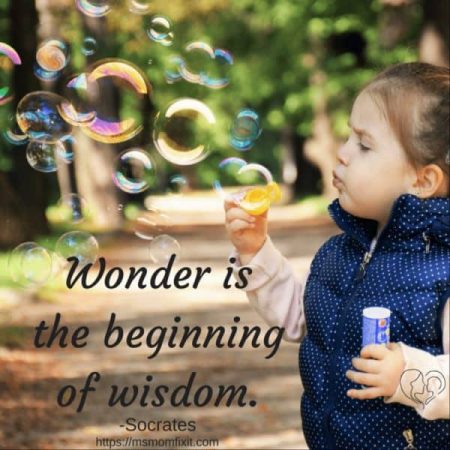 Every child will experience life differently regardless of an Autism diagnosis. Don’t let fear guide you into sheltering your child. It’s such a joy seeing the world through a child’s eyes. Most importantly, know that you are never alone. There are plenty of online support groups to help ease your burden.

Don’t be afraid to ask for help (especially from close friends and family). They should be willing to assist and give you a needed break. Please check out What is Autism-An Introduction for more clinical information.