You are here: Home / Autism / What is Autism? Kristi’s story

Autism to my family is something that has been a big challenge in our life to navigate. We have had to advocate for our son to get the right services. It has been a road of many bumps and twists and turns. It has kept us on our toes. It has been exhausting. It has been rewarding. It has been heartbreaking. It has been incredibly joyful when we see our son break through a hurdle he has struggled with. But, we would never trade all the bad days for never having had this amazing child in our life. He is worth it all!! 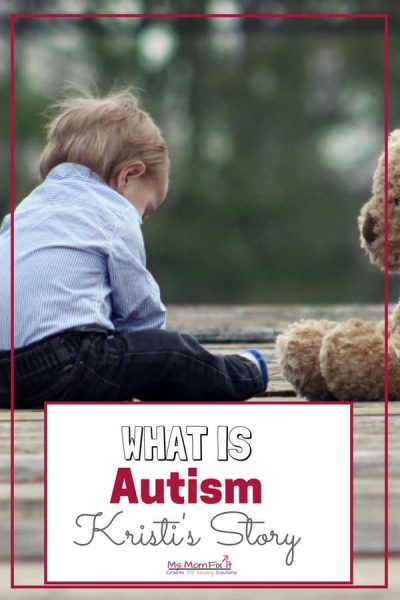 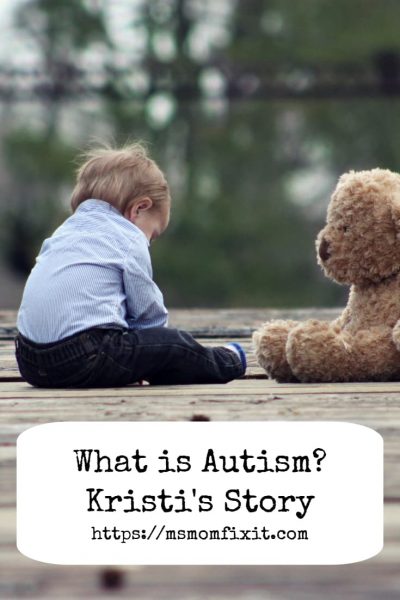 There are 4 people in my family. My husband and myself and our 2 children. We don’t have any other relatives with autism.

There was not a specific event that stands out to me of when or how I knew that my child may not be typical. My child was a very good baby overall, and we didn’t really notice anything that would have suggested non-typical. At 21 months, he seemed to start having a lot of emotional outbursts, but we just associated it with the terrible 2’s. But, as he grew past that toddler stage, he never seemed to come out of it!
What is the worst experience I can remember related to my child’s disability?

When my son was in 5th-grade, he was having a very hard time in school. He was attending a neurotypical school at that point. They would transition him throughout the day between a self-contained special education class and the mainstream 5th-grade classes with his same age peers. He would do ok in the mainstream classes, but when he would return to his special education class, he would have major meltdowns every single time.

So, we told the school that we wanted him pulled from the mainstream classes because it was not a good plan for him. We believed that he could hold it together while he was there, but once he was in the comfort of the special ed class again, the real emotions he was feeling would come out. The school pulled him from some of the classes but continued moving him into gym, lunch, etc. with his same age peers.

By April, the stress was really starting to build to a boiling point for him. He kept saying he was so confused at school. All the moving around was just too much for him. In May, we went to see his doctor (which was a newer one to us as we had just started seeing her in January) and she changed 4 medications on him at the same time. The drastic changes in his medications and the stress at school was just too much for him, and he spiraled completely out of control. 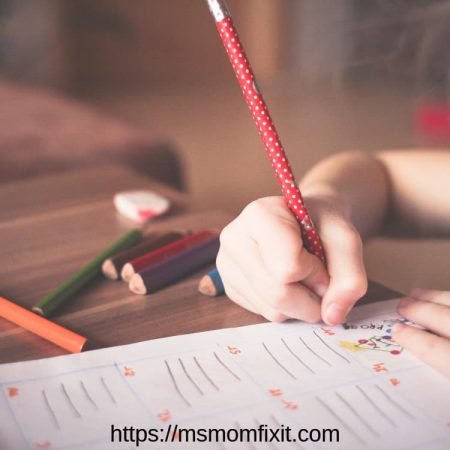 He came completely unglued and for days and days we were in the emergency room and then would be sent to a behavioral health hospital only to be told that it was not the right place for him. And so, we would bring home this poor child, who was not at all in his right mind and end up back there again the next day only to get the same answer.

Finally, he tried to get out of the house in his pajamas and bare feet to go to school. I had to call 911 because I knew (without a doubt) that if I was not physically restraining him, he was either going to run in the street or run aimlessly and get lost just trying to get to school to be with his friends. At that point, after yet another trip to the emergency room, the behavioral health hospital finally agreed to put him in their partial, outpatient program. It took us at least a month or more to begin to really see the child we knew even begin to return. This was by far the most difficult thing we had ever been through as a family!

In the past year, Autism affects our daily life a lot less than it used to. We have moments here and there that are affected by our son’s autism, but for the most part, it is not a major disruption to our daily life as it was in the past.

For me, the most difficult thing has been understanding from others who are outside the autism life. My son is higher functioning in a lot of ways. But, that doesn’t mean that his autism hasn’t majorly affected his and the rest of our family’s lives. The hardest thing has been those who take my son at face value. They look at him and judge him as a “typical” child and then, their expectations of him follow that judgment.
They expect him to act as other “typical” children his age do. I have had so many people tell me, “He’s Autistic? But he seems so normal!” Or others say, “Well, we don’t see him acting that way when he is with us. Maybe you just need to discipline him more!” Those are very frustrating statements. They made us feel like a failure as parents.

When my child was diagnosed at age 6, the doctor looked at me, and I feel it took away all my hopes and dreams for the full life I believed my son could have. But, as he has grown that perspective has changed.

He is amazing me every day with how much he is growing and changing. He can do laundry. He can cook some foods on his own (his specialties are French toast and quesadillas). He can read and write and is doing multiple digit multiplication. And there is so much more he can already do, and I know there is even more to come.

Every time he has an accomplishment, I want to go back to that Doctor and say, “Do you see what he can do? Do you see how wrong it was to tell me he basically wouldn’t amount to anything?”

I do not know exactly what the future holds for him. I think that he will be able to hold a job. I think he will at least be able to live semi-independently. I see him living the fullest life that he can live, whatever that looks like for him. Time is the only thing that will fully be able to answer that question. But, this is one amazing child, and nothing would surprise me! The sky is truly the limit!

My best advice is for other parents with kiddos on the spectrum…This is hard!!! There is nothing in my life that has even come close in comparison to the difficulty this journey has been.

Be kind to yourself! Remember that you are doing a very hard job as a parent and you need to treat yourself well! Take breaks when you can! Say no to doing things when you need to. Know what works for your kiddo and your family and don’t let anyone make you feel guilty for going with that!

Remember that you may feel like you are on a constant merry go round constantly going around and around the same cycle repeats. But, every time you get back to the starting point you have learned something from the last time you were there that you that will help you navigate through it this time! 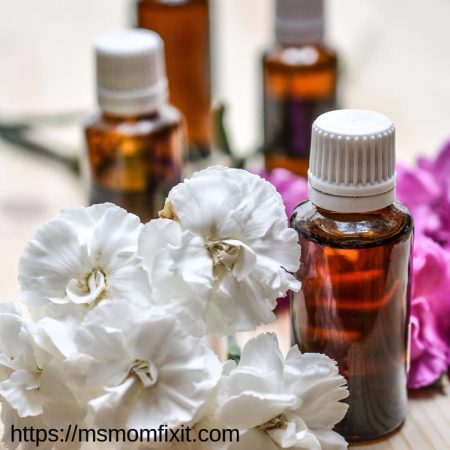 For us, the most effective treatments have been homeopathic. We tried so many medications over the years and for us, it was a nightmare. My son had so many side effects and reactions and it was a very difficult journey for us.

We were able to use essential oils to help calm him while we were weaning him off of the medications. He was able to get off of all of his medications a year ago for the first time since he was 6 years old.

He now uses the essential oils when he needs something to help him calm down and it is really helpful for him. We also started seeing a chiropractor and I think that has helped as well.

Another big key for him, I believe, has been finally finding the right school for him. He attends a specialized High School. They do an amazing job with the kiddos there, and they have helped him so much! 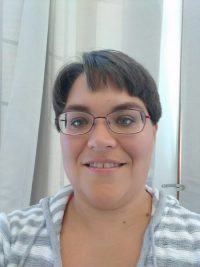 Author: Kristi Daily – I am blessed to be married to my best friend for 17 years and a mom to 2 amazing kids. I’m also an independent distributor for Young Living Essential Oils.


Previous Post: « Halloween Costumes for Adults- One Shirt Wonders
Next Post: Top 10 Ways to Save Money on Black Friday »