You are here: Home / Autism / What is Autism? – Chrissy’s story

Autism is a thief. It has stolen many quiet moments at home and caused many tears to fall. Autism is cruel- it doesn’t make friends easily. It secludes and at the same time, it likes to take center stage. Autism is scary and challenging, but our family has survived! 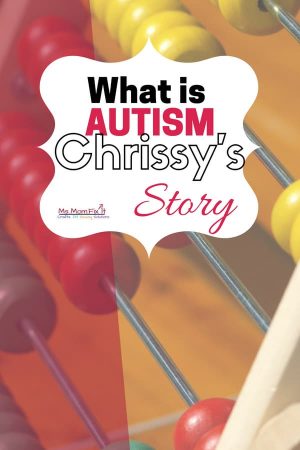 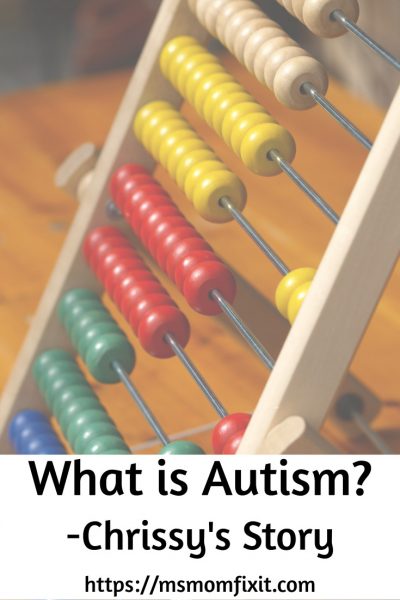 He (my oldest) was always made fun of by other children. While other children were off having fun on the playground, he would sit with the teacher and discuss philosophical things (like the prejudices in the world and how people don’t understand how to utilize the heart that God gave them).

He was very good at math. Once he sat in his room for several hours talking out loud to himself – then suddenly he burst out of his room and said “Mom, I have it. I have figured it all out. It is not logical that Santa could truly make it around the entire world visiting all kids and delivering presents in one evening/night. I have calculated the mileage necessary and the gravitation pull versus the trajectory of his sleigh. Given that the weather would be absolutely perfect and every home had a chimney large enough to accommodate such a large man, it is simply not possible. You lied to me.”

Then he went to bed…he was 5 years old. I was sure that I was raising the next Einstein! I was wrong.
What is the worst experience you can remember related to your child’s disability?

His father passed away when he was in 8th grade and everything got worse. He could no longer control his ticks. He lost many friends (and he didn’t have a lot to begin with).

His teachers all treated him like he was mentally retarded. They started reducing his workload and making concessions for his work. They believed his bad handwriting was due to his “mental condition”.

He was so beaten down by this and lost a great deal of confidence. He would come to me and say, “Mom, help me stop”, and I would not be able to help him.

All I could do was teach him behavior modification. So together we came up with some new ways to relax his muscles when the ticks picked up and overtook him. His head would bob and sway and his shoulder would rotate nonstop.

When he entered high school, he went to a new district and was accepted for who he was without any questions. This is when things got better.

All my children are adults now. (Thank heavens!) My oldest child is 21 and he has Asperger syndrome. My middle boy is 20, and he has ADHD. My youngest son has ADD. The girls never had any issues. There are 5 of them in total and only 2 of these are my natural children.

My youngest brother’s child has nonfunctional autism. He will never live alone they say. He is 18 now. 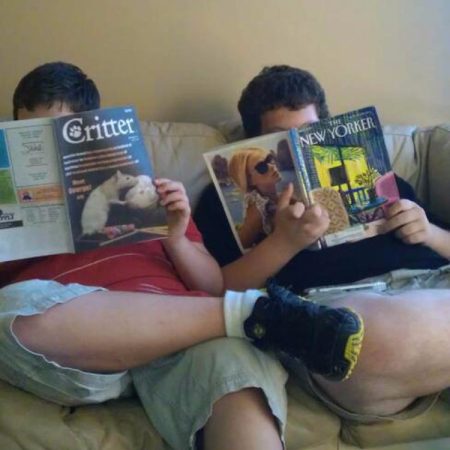 He still struggles when he is stressed, but for the most part, he is in control of his body. His mind…well, that is what it is.

He moved away from home 3 years ago and has worked full time to provide for himself since. I still want to protect him and all his friends know if they cross him, there will be heck to pay.

At his first job his manager was convinced he was mentally retarded. She thought that mothering him was the best approach. But, the first time I heard her yelling at him from behind that deli counter, I almost lost it. I was in the store he worked in doing some shopping. My husband had to hold me back, literally. That woman is lucky she still has her teeth in her mouth because I was about to knock all of them out.

Controlling the anger associated with the desire to protect him from the cruelness of the outside world is definitely the most difficult. I am so proud of him. If I see someone not understanding him, making fun of him, or hurting him emotionally, I can’t hold back. I’ve had 21 years to practice the fine art of controlling my anger, so it never comes off physically, but let me tell you – I can cut someone to the bone with my words when they hurt my son.

The worry is hard too. I worry that he is taking care of himself and his needs. Once I found out he bought a $5 pizza and ate it for a week! Argh…

Then there was the time I showed up at his apartment and all of his clothes smelled like death. His hair hadn’t been cut in so long he had a 2 ½ foot fro, and he hadn’t shaved in 3 weeks. You see, I don’t care if he grows his hair out or beard, but the hygiene thing…that just stinks!

He will not need constant care and he will lead a semi-normal life. I hope that one day he falls in love with a good woman (that will take care of him) and his employer will one day realize his genius potential.

Your words will encourage or kill their confidence. Be careful how you react to situations, but don’t coddle. I have always taught mine that there are no excuses to do less than your best, no excuse in life to be lazy and that everyone has value. I refused to allow the boys to use any diagnosis to define them or who they were in this life.

Behavior Modification has been a lifesaver. It works better than any medication for not just my oldest son, but for all the boys! It helped them all excel in school.

Consistency is key. Once you set a routine, stick to it no matter how uncomfortable it may be for you. There were times when I was ill and could not participate in their lives, but due to the consistency we had set, they thrived without me and were proud to update me on their accomplishments.

Every day is an Adventure. Embrace it! I’m just an ordinary mom-wife-grandma that wants to live life to the fullest. I am on a quest to see every day as an adventure & appreciate this brief time we have one earth. Join me and let’s encourage each other.