You are here: Home / Autism / Beyond the Stigma of a Children’s Psychiatric Hospital

The behind the scenes story of a children’s mental facility

I was exhausted, out of fight, out of options, out of my mind with worry. I turned to the only place I knew for help. As scary as it was, I admitted my son into a children’s psychiatric hospital near me.

I realized that I was NOT capable of helping my son.

The months leading up to this decision were torturous.

My son is my utmost priority, my raison d’etre. My sole purpose is to make sure that this young man becomes an adult and fulfills his destiny (whatever that may be). 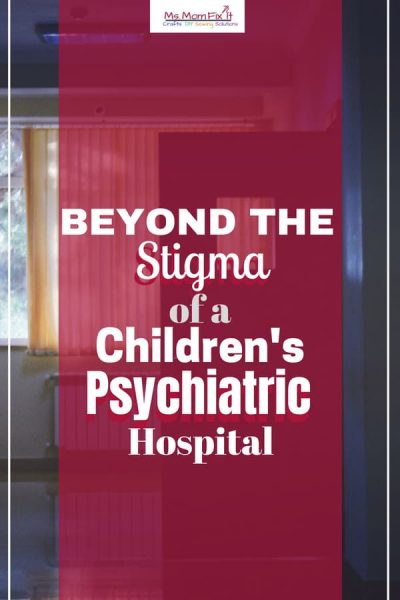 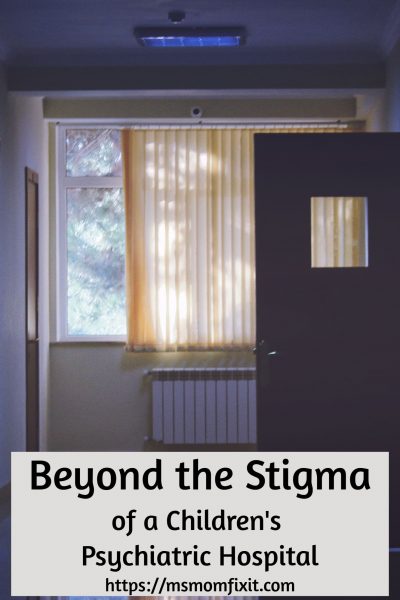 Connor was diagnosed by age 7 with Autism, ODD, and ADHD. You can read a bit about our journey here.

He’s been seeing a psychiatrist and had been stable for quite a while partly due to a cocktail of 3 medications to help with focus and mood stabilization.

For my child, I have chosen to use medication as a “helper”. The medication will not correct the issues, but rather the hope is that it will enable him to learn how to cope with his issues. Thus, he will be able to lead a healthy, productive life.

He had also been receiving ABA (Applied Behavioral Analysis) Therapy for the last year.

In July 2017, the center that provided our ABA therapy decided to promote our therapist to continue her education and growth within their organization. This decision, however, impacted us greatly. It took my son 1 year to begin to trust this person who was encouraging him to shine and believe in himself. Now- she was pulled from his life with a whopping 2-day notice.

How difficult would it be to lose your best friend without warning?

Add to this a huge growth spurt. Any change in hormones and weight can also cause medications to be ineffective. As well, a person can become resilient to the helpful effects over time.

The icing on the cake came when Connor was suddenly thrown back into the public school system from which he’d been absent for more than a year. 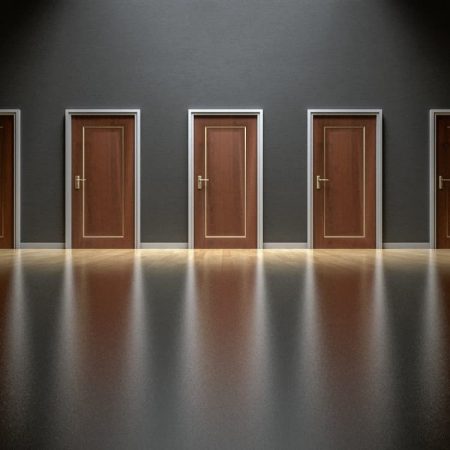 I watched helplessly for a few weeks as I prayed my child would work through the issue of losing his friend.

I was hopeful as the public school made every effort to accommodate my child’s unique needs in a classroom setting.

I was desperate though when the weeks began to turn into months.

On October 24, we had a long session with Connor’s psychiatrist. We determined to increase 2 of his existing medications with a slow increase (known as titration).

The medication changes did NOT go as planned.

The next 4 weeks were a blur as I watched my child escalate daily into violent, angry fits of despair and self-harm.

Right before the long Thanksgiving weekend, Connor was suspended for disrupting the entire school by pulling the fire alarm in a fit of rage. Typically, this act would be cause for expulsion, and I was thankful that the school ONLY punished him with a 5-day suspension.

Fear got the better of me. We were going down that path- again. He was escalating rapidly, erratically, and unexpectedly. None of his current behavior followed any kind of pattern or precedence.

I knew it was time to get help.

My heart sank when the nurse returned my frantic message and advised me to bring him to the psychiatric hospital immediately. 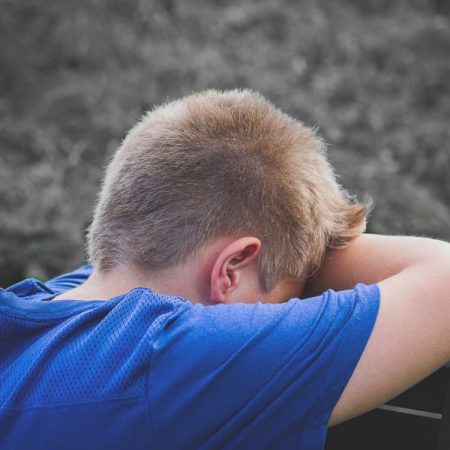 The Judgement and Self-Doubt

The paperwork process at the hospital took longer than signing the paperwork to purchase my house!

This woman who “guided” us through questions claimed to be a nurse. Yet, she could not seem to understand that I was increasing Connor’s medications exactly as the physician had instructed.

One of the questions was whether my home was danger-proof. In other words, have I removed any potential weapons from the home and/or locked them away.

The answer-yes- did not seem to satisfy her. She kept probing with specific questions first about knives and then guns.

My internal dialogue- “Well, why didn’t you ASK that? Did I miss the memo stating that every household must own a gun? Or do I seem like a gun-toting paranoid? “

After the inquisition, I explain to Connor that he needs to stay at the hospital so that the doctor can help him. We need help!

You can imagine this was not greeted joyfully and a panic fit ensued.

I was able to calm my son as I always do with breathing techniques, the tone of my voice, and touch. A nurse then advised that I would be escorting Connor to his room.

As soon as I touched the door to the kids’ ward, I was stopped by someone else who refused to let me enter. I just wanted, no needed, to get my son to safety. Yet, I was ushered back out promptly without even a whisper to my child.

This same woman who snapped at me during the intake questions was now belittling me for going to the ward. I was a mess.

I just wanted to tell him once more how much I loved him.

The next several days were a blur.

I worked my day job as always. Then, I rushed to see my son. Then, I would come home and work on my basement bar project until I couldn’t keep my eyes open.

I HAD to stay busy or the tears would continue to fall.

I was a failure as a mom. 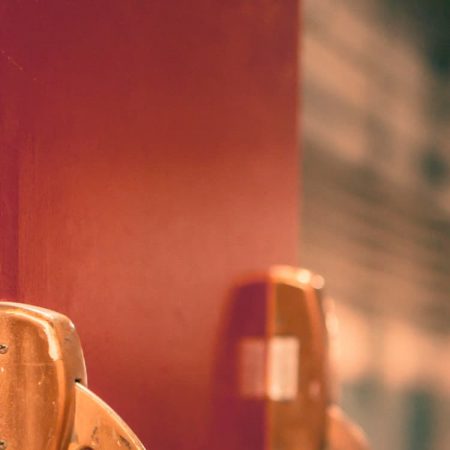 I was advised to ask for status when I visited.

When I visited, I was advised to speak with the social worker.

When I spoke with the social worker, I was advised to speak with the charge nurse.

Do you see a pattern?

Every contact received the same responses. I don’t know. I just got here. The charge nurse would know that. The social worker would know that. Never once was I given a straight answer or taken to the person with the answer.

Of course, I did not want to waste my visitation time arguing with the staff, and I focused on spending the time I could with my child.

After 6 days (an eternity), Connor was sent home on a Tuesday evening, and I was instructed he should return to public school on Wednesday.

According to the school, my son was in crisis from approximately 9:30 am -1:00 pm on Wednesday and had threatened to kill himself twice.

I was furious, and I wanted answers!

I had only spoken to our psychiatrist once during his 6-day stay. Did OUR personal psychiatrist really believe he was ready to be released yesterday? Was the medication wrong? Was he having a reaction?

I got no answers.

The second admission was worse. Connor went into meltdown mode. I was ushered out the door while the staff tried to contain my child and the hospital went into lockdown protocol.

I later received a phone call advising that he had stripped naked and tried to pull a vending machine over onto himself.

I am not a mom who waits for others to act. I take action. I fix the problem. I am an informed parent who participates in my son’s treatment.

Yet, I was no longer informed.

Why was my son still taking that medication? Why hasn’t anyone addressed the rash he’d had the entire time since starting the new medication? Why did he not receive care from his chapped lips? Why was he in the isolation unit last night?

I was concerned that my son was not receiving adequate help since no one seemed to know anything. There was a huge lack of communication. I thanked her for listening to my frustration.

Next thing you know, I’m receiving a phone call during my work hours from the social worker. She advises me that the doctor said to come pick up my son and he would no longer care for him at his private practice.

The social worker tries to remind me of my statement that I said I was considering removing Connor from the hospital. Wow! What I said was I was considering that but knew it was NOT an option because I alone could not help my child, and I needed someone to communicate with me. How was she acting as my social worker if I was expressing concerns and frustration in what should be a private therapy session? 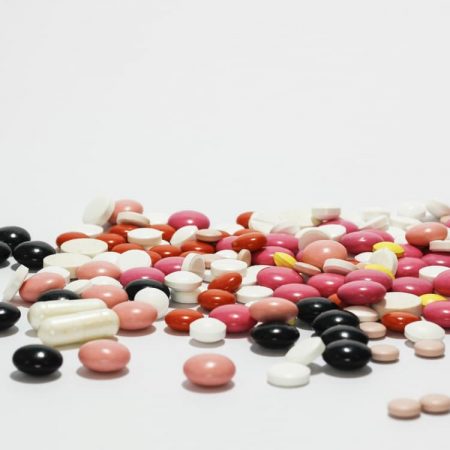 I watched the staff change demeanor every time a child asked for assistance. This place was the most inhospitable and truly horrific environment for a child.

The staff believes that they are too busy to answer a parent’s question. Yet, by not having the information available to me, they caused me to bother several other people in attempts to get answers.

Your social worker is not your advocate. You will be coached on exactly what they expect you to say to your child during the family session. You will not receive guidance on how to cope or how to help your family member after his release.

You will likely be expected to bring clothing for the entire hospitalization. You cannot have anything with ties or shoelaces. I was also not able to provide any toiletries including a comb or toothbrush. I strongly encourage you to make sure you have a list of everything you bring and that it is signed by the staff. We did not receive all of our clothing items back- including his winter coat.

Do not expect your child to be cared for as you would care for him. In fact, the day Connor was released, he puked all over the floor when I arrived to bring him home. The staff showed no concern about him or a possible illness,  but rather the concern was to get housekeeping to clean up the vomit.

The first week after Connor was released was heavenly. He was well-mannered and listened with patience. He sincerely made an effort to be a productive family member and student.

He learned some additional calming techniques and got a real glimpse of what it would be like to live somewhere other than home.

I don’t condone the staff’s actions- the lack of communication with parents, the “it’s-not-my-job” mentality, the lack of compassion towards the children. However, the psychiatrist needed to be able to observe my child in typical settings and one-on-one conversations in order to be able to find the proper medication and amend his diagnosis.

Now for the scariest realization of all- if I had to do it all over, I would.

As much as it pains me to ever consider, I reluctantly would allow my son to be admitted into a children’s psychiatric hospital again.